There is an old saying that if a tree falls in the forest and no one is around – does it make a sound?

That is the analogy, or a form of it, that is at play here with Major League Baseball coming back.

This week, Major League Baseball, the team owners and the MLB Players Union finally struck a deal to try to bring baseball back in the form of an abbreviated schedule.
After a long process that resulted in public relations losses for all sides, teams will begin Spring Training on July 24. From there, the league will run a 60-game schedule and then the postseason will begin in October.

Will we watch? Of course we will. Some will watch because they are the proverbial ‘die-hard’ baseball fans and love everything about the sport and their team.

Others will watch because they are yearning for some sort of fresh sports in this COVID-19 era. And the ratings for baseball will be big. With no fans in the stands and more people working from home, baseball on television might see records set in this shortened season.

To the fans, I ask this open-ended question. If your team wins the World Series this year, will it be satisfying or will there be an asterisk forever next to the title? If you are a fan of Tampa Bay, Milwaukee, San Diego, Colorado, Seattle or Texas, your team has never won a championship. If you win it in a significantly shorter season, do you still celebrate like you would in a 162-game schedule?

Will there still be ticker-tape parades and champagne?

Yes, the team will have earned the title based on the rules.

But is it a real title?
The purity and magic of baseball has always been about the chase and the season over 162-games.

Yes, each game will now mean more. But each game always meant more. In a normal season of 162-games, there are numerous examples on teams missing out on division titles and a playoff spot because of one game. That won’t change. Every win is essentially a make or break win in a very shortened season. Every loss could knock out a team from the playoffs.
The same could be argued in a regular season of 162-games. But Major League Baseball is only playing 37% of a season. And we haven’t even approached the idea of records. In no other sport are stats and records held in in such sacred regards than in baseball. What if a player hits .400 or goes on a magical hitting streak and beats Joe DiMaggio’s 56-game hitting streak? In a shortened season, are those real records?

I guess we can ask the question to baseball fans and critics alike and we will get hundreds of different answers.

Perhaps that’s part of the beauty of baseball.
A long season of hard work. Six games in seven days. Players working through the season long aches and pains to suffer, push and extend themselves to win that championship. But now, it’s only a season that is 37% of what it always had been.

When that team wins the title and shouts ‘we are the champs’, will anyone really hear it? 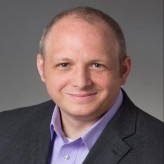 Charles Zinkowski is a freelance writer and columnist living on Long Island, a (virtual) stone’s throw from one of the greatest sports cities in the world, New York City. Married for more than 20 years and the proud father of three children, Charles is passionate about sports and the impact it has on fans and society as a whole.

Major League Baseball Continues to Strike Itself Out

SportsHype@SportsHype4
114 Following 54 Followers
What sealed Frank Lampard’s fate? Was he unlucky or simply just not good enough? What can we expect from Thomas Tuc… https://t.co/7fUXK7XSnr
3 hours ago
@David_Ornstein Thomas Tuchel due to fly to London from Paris at lunchtime — plan is to take Chelsea training this… https://t.co/yRHUV4GbMD
14 hours ago
Discussion - If @TheNotoriousMMA is to keep his word and be active in 2021, there are marquee matchups for him ever… https://t.co/cBoXrWaqpb
19 hours ago
Discussion - @ManUtd seem to have struck a rich vein of form. Are they allowed to dream of winning the #PL title?… https://t.co/0CPrATyUUl
6 days ago